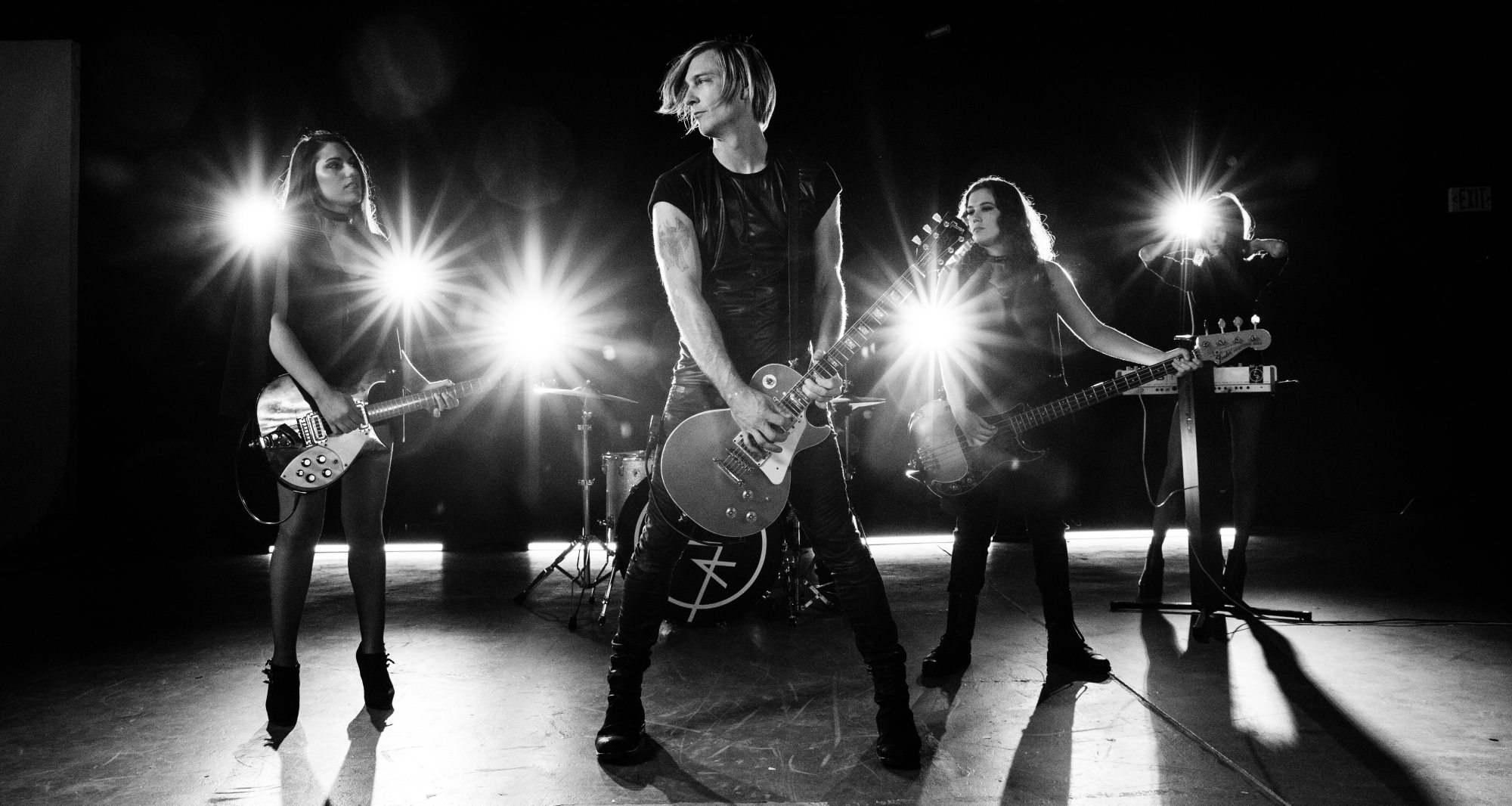 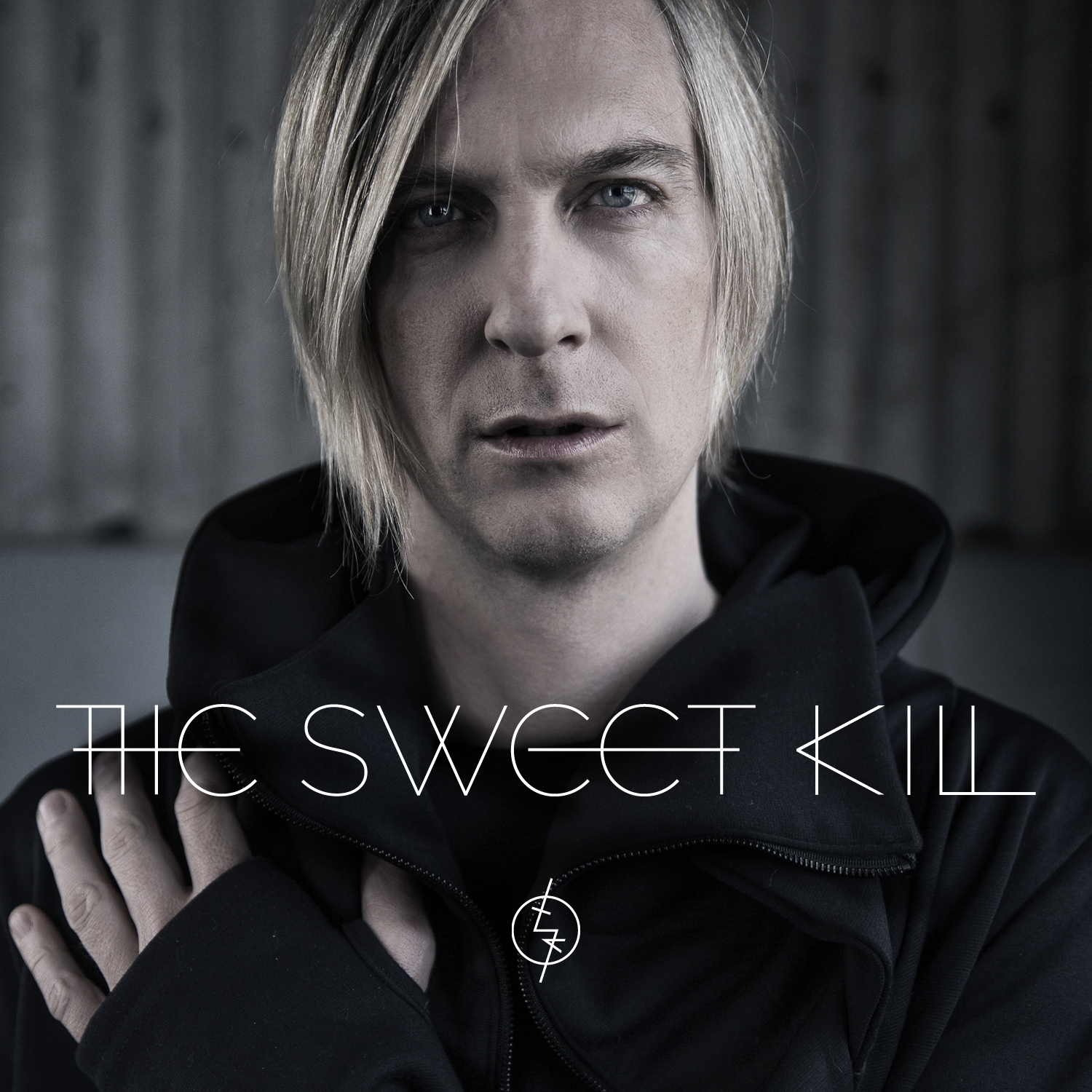 The Sweet Kill was started by Pete Mills, who was born and grew up in Vancouver, British Columbia, Canada. At the age of 6 he discovered his first Kiss album – Destroyer while visiting his mother’s hometown in Caracas, Venezuela. He was transfixed by the cover of the album with the city burning beneath the bands 6 inch boots! It was with this album that his love affair with music began. Pete’s story is one of hardship, struggle, opportunity, strength, will, laughter and triumph!

As a teenager Pete became part of his first band Flash Bastard through a high school friend. He was expelled from elementary school at the tail end of grade 7 and transferred to a new school where he met Danny Fazio. They quickly became friends and when Pete bought his first bass in the summer before 9th grade. Danny reached out to him two weeks later inviting Pete to join his glam punk band Flash Bastard.

The band’s first live performance was at a local high school dance. They had a 30 song set list planned for the show, but didn’t play past three songs. The power was pulled on them for being too loud!

Nikki Sixx from Motley Crue signed Flash Bastard to his record label Americoma/BMG. Flash Bastard opened up for Motley Crue and The Scorpions across North America for a summer tour of amphitheaters and stadiums. During the world renown sold out venue Red Rocks the Flash Bastard singer found the audience offensive and proceeded to pick fights with them. He also made out with the bassist for shock value. The lesbian dancers that did the band’s makeup and nightly performed with Motley Crue, witnessed this and were the only ones applauding. At this point they were showered with bottles, cans, fruit, but in true show business fashion the show went on. All of Motley Crue’s gear was showered in this debris. Later the lesbians let the band know that Colorado is the most homophobic state in America and even gay bars won’t stock Coors products in protest. So to take back the night the lesbians urinated into their water guns (which was a regular part of the show) and in the band’s honor squirted the crowd with their urine. They were told afterwards that they had 5 shows left now in this tour so, the singer started to escalate his rebellion and wore a mini skirt in front of a sold out race track in Idaho and then later in Portland attacked the singer of the Scorpions with a pitch fork backstage This created a riot between the Scorpions road crew and the Motley Crue road crew (which were pretty much the band’s road crew). Now they were definitely let go and had to forgo playing to their hometown crowd in Vancouver. Which were only 2 shows away. The album they recorded was never released and with all of the record label money spent, the band broke up.

After Flash Bastard Pete met a hairdresser with a raspy and cool sounding voice, he suggested they start a band together. Within 1 month the band Dirty Blonde signed a record deal. Their musical style was electronic rock, dark wave. They had many songs written and many offers from major labels and investors, but unfortunately his band member killed herself. This devastated Pete, who decided to honor her by keeping alive the big musical plans they had made together! Pete decided this time that he would be the lead singer of his new band and call it The Sweet Kill. He moved to Hollywood, California to pursue this new endeavor. He began writing songs, making videos and has performed around the world, including Los Angeles, Russia, England and at SXSW.

Why and when did you decide to stop performing as a musician?

“Thanks to The Sweet Kill I developed a reputation for myself as a producer, songwriter and mixer. I got the attention of Guns N’ Roses first record label Cleopatra Records. The workload they gave me was so much that The Sweet Kill took a back seat.” —Pete Mills

What did you do professionally when you stopped performing?

“I produced 13 Kpop tribute albums in one year, which is a song start to finish every 2 days. I worked with Sheryl Crow, Teddy Riley, Billy Sheehan, Moving Units, Bobby Brown and Carmine Appice to name a few.” —Pete Mills

What were the beginning months like when you started working on the new material for The Sweet Kill?

“It was difficult to get back in the creative flow state and delve deep into what I wanted to say and how I was going to do that. I was grateful for the support from my producer and friend Voli who ended up co-writing some of the new material. He has worked with Jay-Z, J. Cole and Bebe Rexha so I was grateful to have his objective perspective and input.” —Pete Mills

Upon the release of the bands forthcoming record Neon Black, The Sweet Kill will be playing over seas in Europe and hit the festival circuit both in North America and across Europe.

How would you describe the bands musical style & aesthetics?

Night Terror Creeper: “Night Terror Creeper is a true story about the night terrors that have haunted me. I would wake up to holes I’ve punched through the walls and broken windows with blood all over my bed. During the shooting of this video I suffered a concussion after falling out of the chair hitting my head on the cement during a performance. Inspired by horror movies this collaboration with director Jamie Mitchell involved dancer and choreographer Andrea Feyler. Our goal was to make the scariest video of the millennium. Additional dancers Paradise Brittain and Julz Lozovaia added some extra heat completing the dance troupe. ”

“I decided to bring on a real live panther for the shoot to raise the stakes. As I was secured in a straight jacket Murphy the panther paced all around me to signify my subconscious as the dancers terrorized me. This video took all of the production team to dig deep for this to finish. Unfortunately, this debut is the last work of Jamie Mitchell as he passed away after a relapse and 3 years sober.” -Pete Mills

Soul Satellite: “Soul Satellite I wrote about early sobriety. This song is about leaving the dark world of addiction for the unknown and uncertain experiences that life lived to the fullest brings. A price has to be paid, which is confronting and moving through all the fears and afflictions. ”

“Inspired by the Natalie Portman movie Annihilation director Jamie Mitchell, Austrian dancer Pandora Nox and myself collaborated in a shot list that portrays Pandora as an alien representing addiction. So wherever I go there she is until I face her in the video’s climactic final battle. “ -Pete Mills

War: “I wrote War as a biopic of my battle with drugs and alcohol. The lyrics talk about the hopelessness of addiction and the gratitude I felt from the sober community putting me back together one step at a time.”

“The video, directed by Jamie Mitchell portrays the ballad of addiction, days spent clean with no spiritual catalyst, the vicious cycle of relapse.” -Pete Mills

Radioactive: “Radioactive depicts a highly combustible love affair. The curiosity to push their relationship beyond boundaries is mutually shared between the lovers. Using atom bombs and nuclear fission analogously, Radioactive poetically weaves a web in what’s perceived as love but is clearly obsession.”

“Inspired by the Scarlet Johansson film Under The Skin, Director Tamar Levine, cast dancer Andrea Feyler to represent the seduction of a black widow spider which is known to kill its partner after sex.” -Pete Mills

Die In Your Eyes: “Die In Your Eyes is about the perfect relationship due to the connection and description of the ideal woman (hot and humble). Directed by Stephen Steelman we both collaborated on the symbolic footage of nature as it correlates with many different women morphing into each other. This alludes to the one source we all come from, which is open to ones own personal belief system.”

“This message shows the common thread between all life bearers is the actual universe in which they pool their personal power from.” -Pete Mills

Thank you from Goth Wiki!

We would like to thank The Sweet Kill for agreeing to be our first Dark Wave artist added to the wiki. It has been a pleasure working with you and we are excited to see how bright your STAR will shine!

View The Sweet Kill’s Interview by clicking the button below.

All information for The Sweet Kill wiki comes from the below links and band interviews. Any source is valid, including Twitter, Facebook, Instagram, and LinkedIn. Pictures, videos, bio-data, and files relating to The Sweet Kill are also acceptable encyclopedic sources. 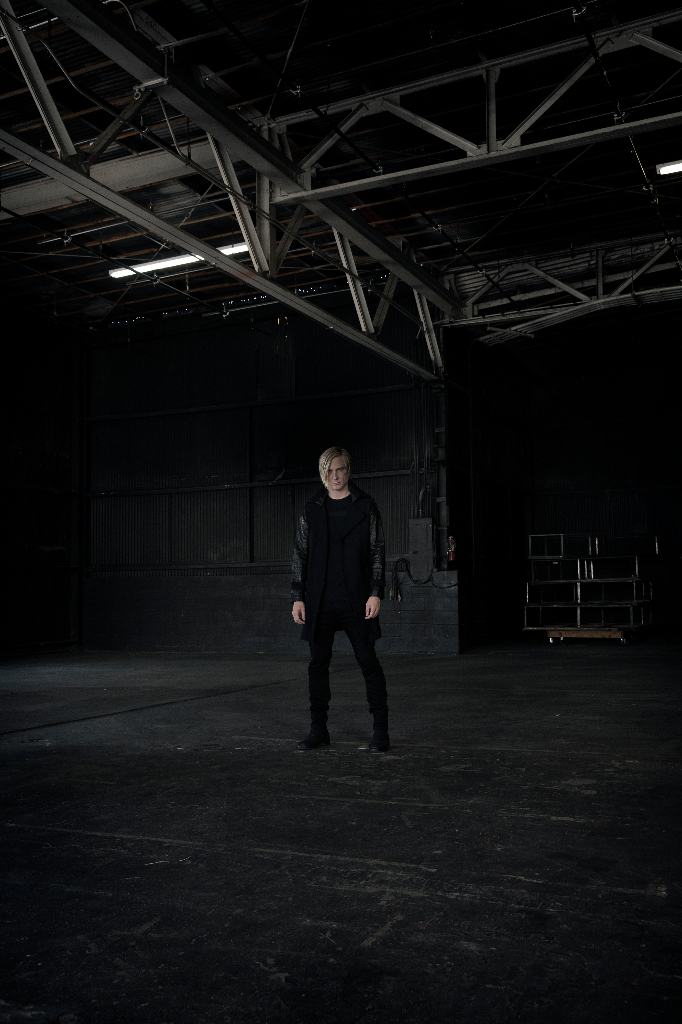 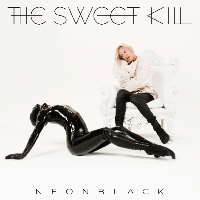 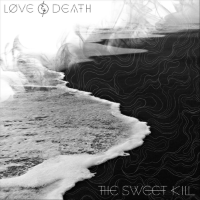 Get It On iTunes